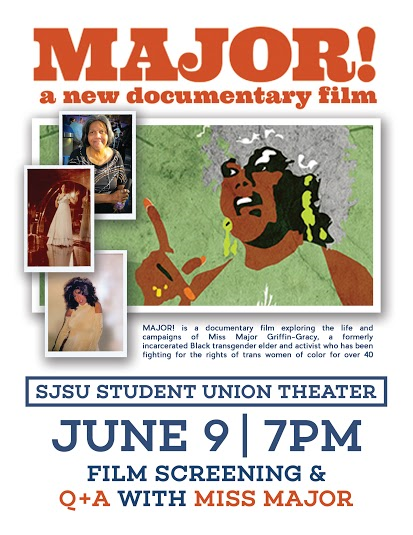 MAJOR! is a documentary film exploring the life and campaigns of Miss Major Griffin-Gracy, a formerly incarcerated Black transgender elder and activist who has been fighting for the rights of trans women of color for over 40 years. At the heart of MAJOR! is a social justice framework that puts the subjects at the center of their story. MAJOR! was produced in collaboration with Miss Major, the film’s participants, and a transPOC Community Advisory Board to ensure that these stories, which are so often marginalized, exoticized, or played for tragic drama, retain the agency and humanity of those who tell them.